Solar energy SUS304 roof hooks for ladders 1.Roman tile roof-hook 2.Flat tile roof hook 3.shingle tile roof hook Q: Are you trading company or manufacturer ? A: We are factory. Q: How long is your delivery time? A: Generally it is 5-10 days if the goods are in stock. or it is 15-20 days if the... 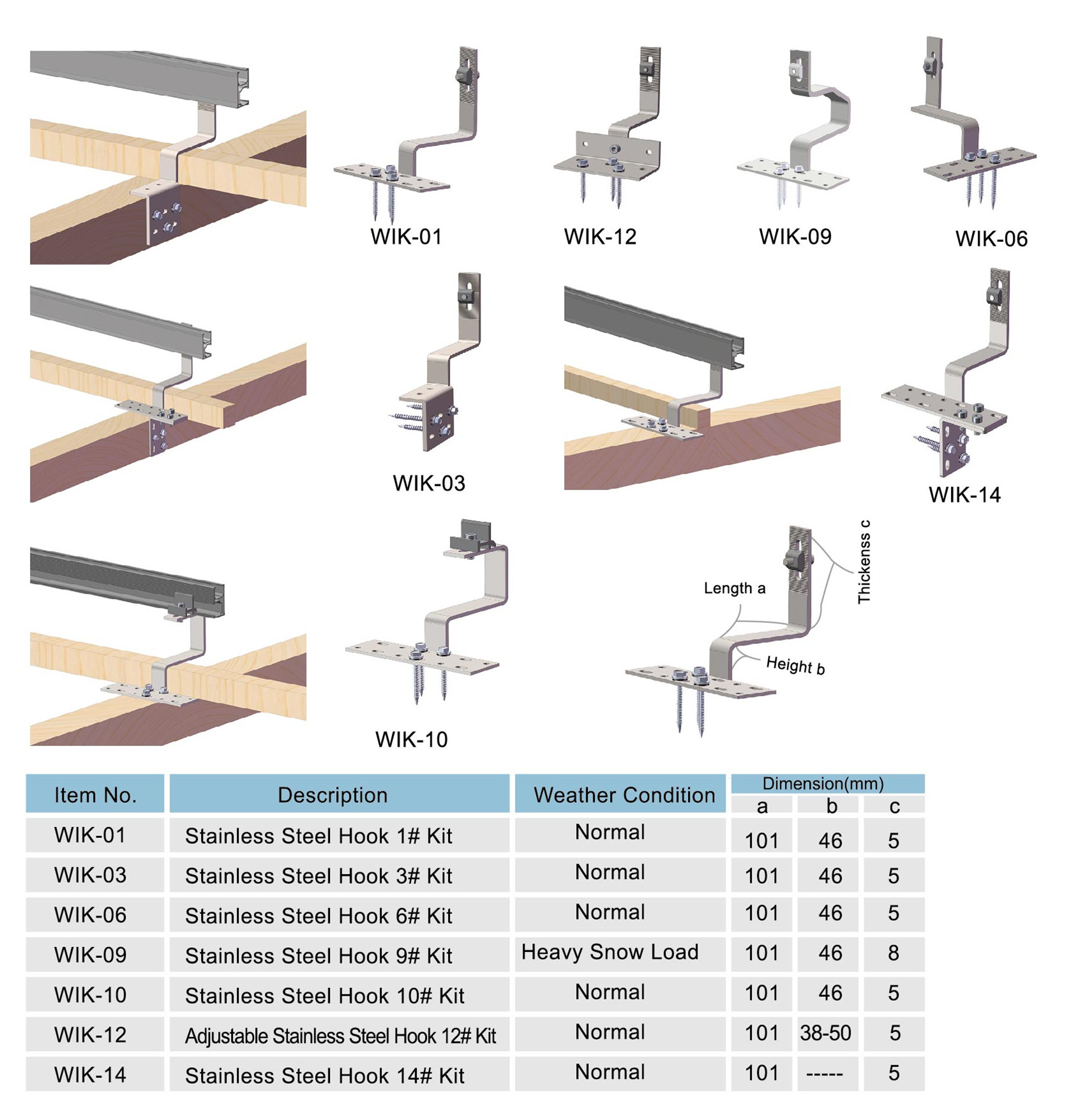 Q: Are you trading company or manufacturer ?

A: We are factory.

Q: How long is your delivery time?

Q: Do you provide samples ? is it free or extra ?

A: Yes, we could offer the sample for free charge but do not pay the cost of freight. With WANHOS, you will meet leading highest standard quality. All of our Aluminum profiles are made 6005 T5 with surface protection anodic oxidation 12-15 micron (µ), hooks and bolts are made of Stain- less steel 304.Ground mounting systems that made of Q235 steel will be hot dip galvanized with a averagethickness 90-120 micron (µ).

WANHOS SOLAR have obtained product certifications, and management system endorsement granted and approved by leading testing agencies including UL SGS ASNZS1170 and TUV etc. Our product designs are based on the following Australian Standards and sections of Building Code of Australia relevant to structural issues. 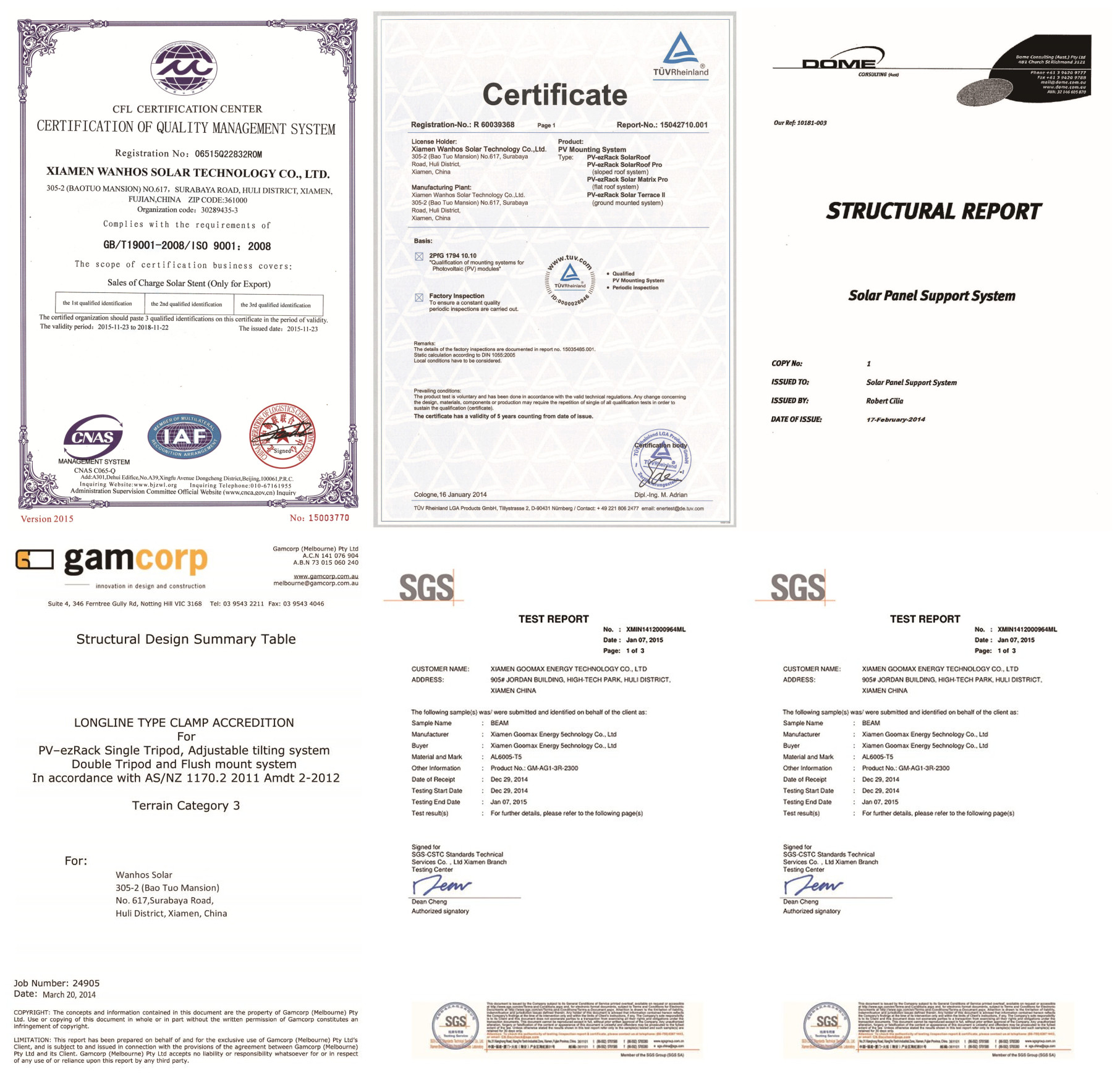 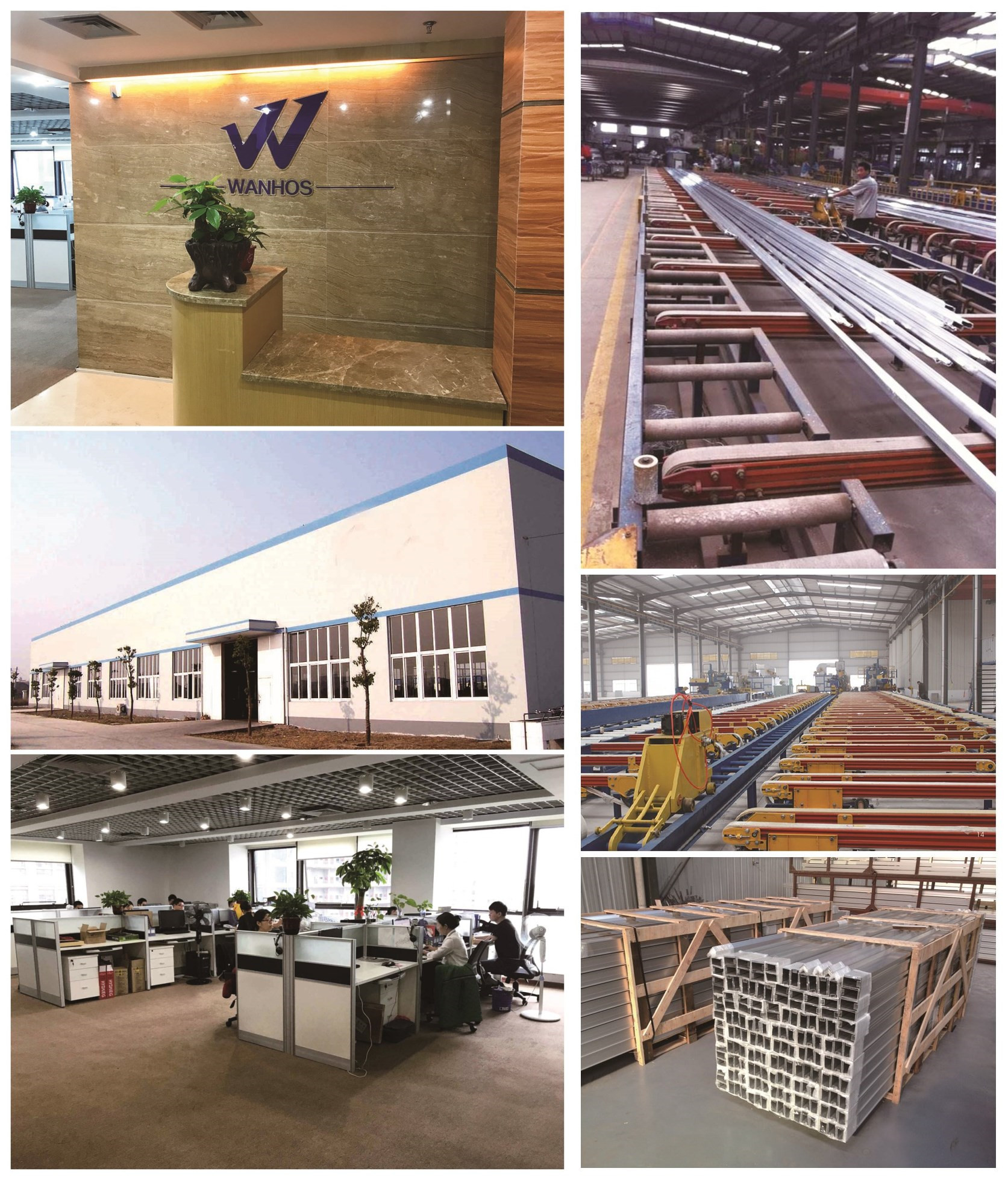 BRITAIN’S RELIGIOUS leaders, a relatively small and embattled community in an ever more secular land, are wondering what to make of Boris Johnson. As with many areas of his chaotic life, the new prime minister’s spiritual antecedents, and his present convictions, are a bundle of contrasts and confusion.

In a nutshell, he has Muslim, Jewish and Christian ancestors. He was christened a Catholic by his mother. He was confirmed in the Anglican faith (thus formally lapsing from Catholicism) while attending Eton College, Britain’s poshest school. In 2015 he told an interviewer it would be “pretentious” to call himself a “serious, practising Christian”. But as a guest on “Desert Island Discs”, a BBC radio programme in which celebrities imagine themselves as castaways, he said he would “sing a few hymns and march up and down” to keep his morale up. On the other hand, none of the music he chose to have played on the show was spiritual: it ranged from Brahms to punk-rock.

Seven Christian denominations, mostly non-conformist, have already written to him warning that no-deal Brexit, an option he is firmly keeping on the table, will exacerbate poverty and food shortages. Although not a signatory of that letter, Archbishop Justin Welby, the head of England’s established church and a fellow Etonian, is known to share that worry.

Catholics have observed that Mr Johnson is the first person baptised into their faith who has been master of 10 Downing Street, the prime ministerial residence, and that his godmother came from a fervently Papist family. But the Roman faith doesn’t seem to have left much mark on him, to judge by the prime minister’s professed indifference to monogamy.

Jewish commentators noted with approval that as foreign secretary, Mr Johnson visited the Western Wall in Jerusalem, spoke fondly of his Jewish roots, and praised Israel as the region’s only democracy. But his immediate Jewish ancestors were not devout. Mr Johnson’s great-grandfather Elias Avery Lowe, a Russian-American palaeographer, never practised Judaism and seemed more interested in Latin texts, including Christian ones, than in Hebrew ones. Lowe’s mother was said to come from a rabbinical line but the link is distant.

Meanwhile a Muslim businessman, Mohammad Amin, responded to Mr Johnson’s elevation by resigning from the Tory party in protest at the politician’s record of inflammatory references to Islamic face-veils (such as “letter-boxes”). Mr Johnson defends his stance by saying his own Muslim great-grandfather, the Ottoman politician Ali Kemal, admired England because it was a land of openness and tolerance: that is the spirit he now wants to preserve.

Over and above these more or less tenuous connections to the Abrahamic faiths, there is another worldview which, in the view of Mr Johnson’s biographer Andrew Gimson, holds much stronger personal appeal for the new prime minister: the polytheism of ancient Greece and Rome, whose literature he studied at Oxford University.

In fact, Mr Johnson has some sympathy with the view that Christianity, with its emphasis on guilt, meekness and self-denial, sapped the strength of the Roman Empire. As Mr Gimson notes, “it is clear that [Mr Johnson] is inspired by the Romans, and even more by the Greeks, and repelled by the early Christians.”

The prime minister apparently shares the classical belief in omens and portents, along with a Homeric sense that great heroes should be free to act out their passions and break free from moral constraints. All that may sound like an utter contradiction with the conventional forms of Christianity that marked Mr Johnson’s upbringing and education.

But that contradiction is hardly unique to Mr Johnson. It pervades the entire cultural tradition in which he was raised. The educational ethos of 19th-century Britain, which is still palpable in some private schools and ancient universities, aimed to revere both the classical tradition and the Christian one in equal measure. It therefore played down the many points of difference between the two. Only a few people have been rude and clear-sighted enough to point this out. Edward Gibbon (1737-1794), the anti-Christian chronicler of Rome’s decline, was one; Mr Johnson may be another.

Yet that will not stop him belting out childhood hymns if he finds himself on a desert island. Given Mr Johnson’s background, he will be perfectly at ease with ceremonial duties in which he and Archbishop Welby must rub shoulders as fellow members of the establishment. Indeed, under England’s quirky constitution he will have at least a formal role in choosing the archbishop’s successor. Mr Johnson may not be much of a Christian, but he is comfortable enough with Anglicanism—an easy-going tradition which, since the era of Elizabeth I (1558-1603), has never aspired “to make windows into men’s souls”.